There was barely enough snow on the wind-scoured dunes at Petite Pointe (Little Sable Lighthouse) last March to make things interesting and this is Adam preparing for flight.  Goodness, he would have been better off without me around for reluctantly he had agreed to an assisted-launch the likes of which sent him careening mid-slope for a horrifying, cartoonish detour with a whiplike sapling on the verge of becoming an unyielding small tree. He resembled a human pinball. His don’t worry I think I’m okay signal from the bottom of the dune was accompanied by the stinkeye and a harsh admonition to get on the sled for my own turn with the little tree. Of course, I declined. 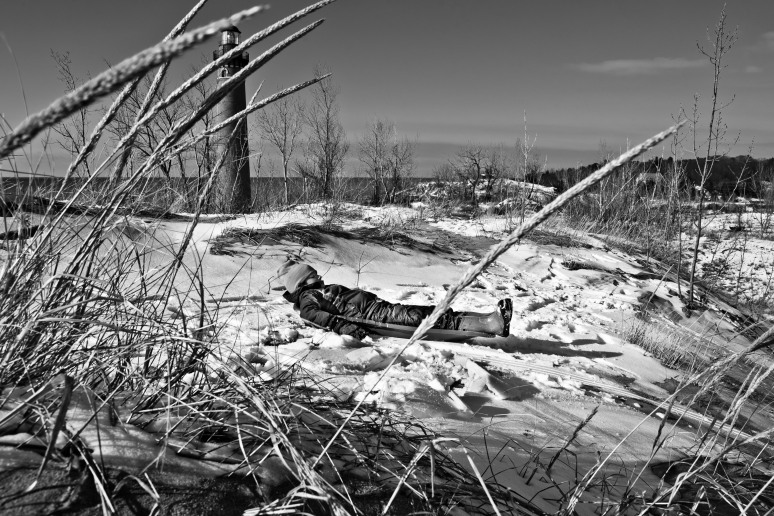 Partly owing I suppose to the rather mild winter of lowland western Cascadia last season I didn’t come prepared for such wintry weather on the Great Lakes and so as to spare my flimsy shoes from the snowflakes and cold wetness this particular afternoon my younger brother loaned me his fashionable new world galoshes that must look right at home on the train in Chicago and here on the dunes above the Little Sable Lighthouse they almost looked the part except for their relative lack of insulation and at the time I took the images of the lighthouse below, all sensation had gone out of my feet and I looked down and it felt like a pair of meaty sea creatures (slugs or cucumbers come to mind) were strapped to the ends of my legs and it was a bit of work lugging them around like old world snowshoes. 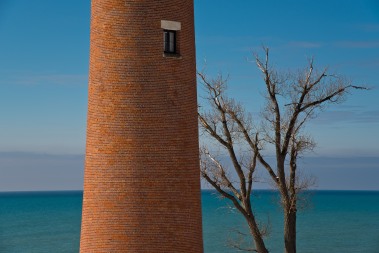